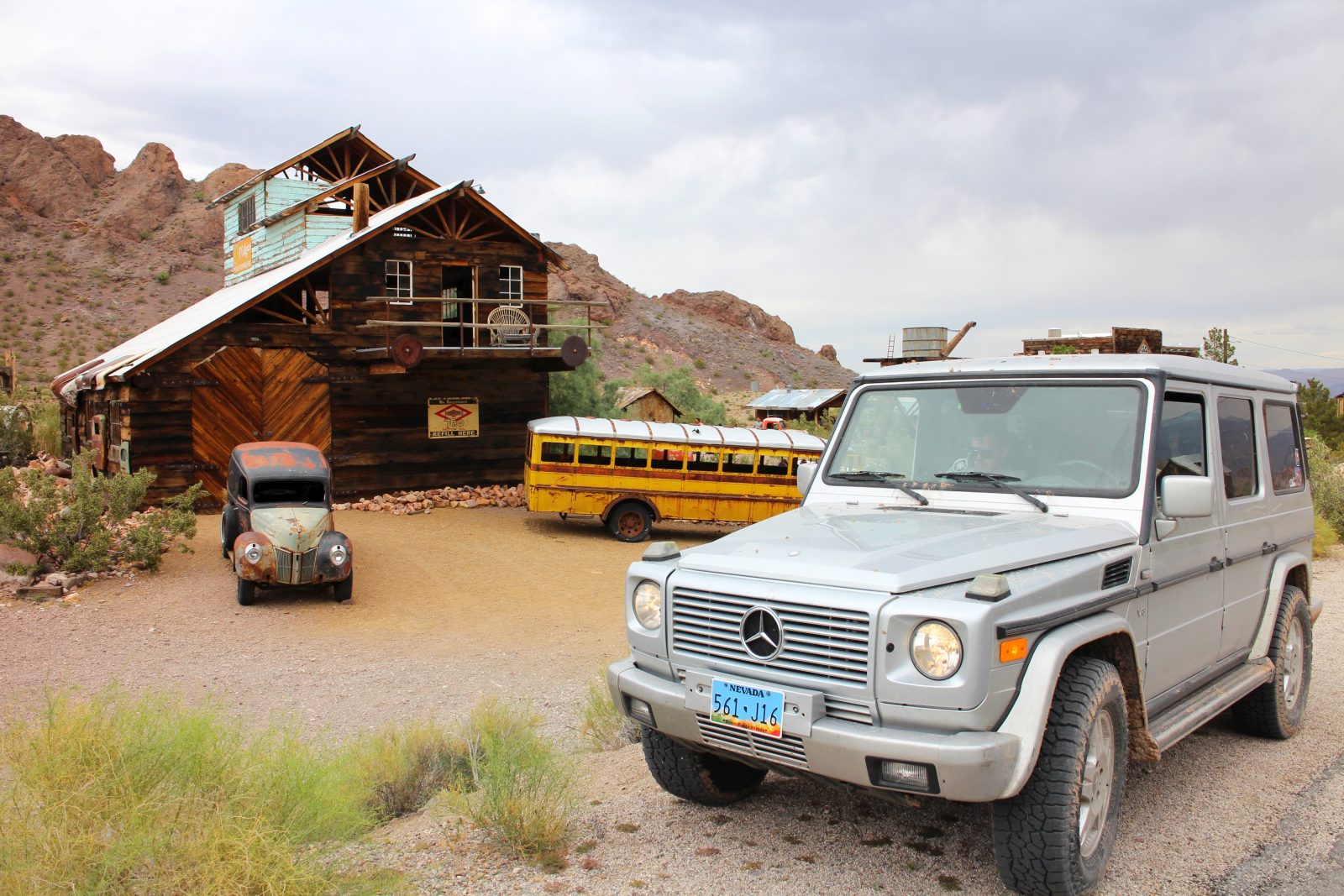 G Class in the ghost town

G Class in the ghost town

Most ghost towns in Nevada are former mining boomtowns that were abandoned when the mines closed. Those that weren’t set up as mining camps were usually established as locations for mills, or supply points for nearby mining operations.

During the 19th century mineral rush that earned Nevada the nickname “the Silver State,” boom towns popped up left and right across the desert. Unfortunately, only a few survived. The rest were abandoned. Houses, schools, saloons, hotels, general stores, and mines were left to deteriorate amidst the tumbleweeds.

Fortunately for us, many of these ghost towns have survived into the 21st century, albeit a little worse for wear.

There are more ghost towns in Nevada than towns occupied by the living!

We visited over 10 in the last years.

On the G-amboree weekend we will visit one of the biggest, this is our favourite…